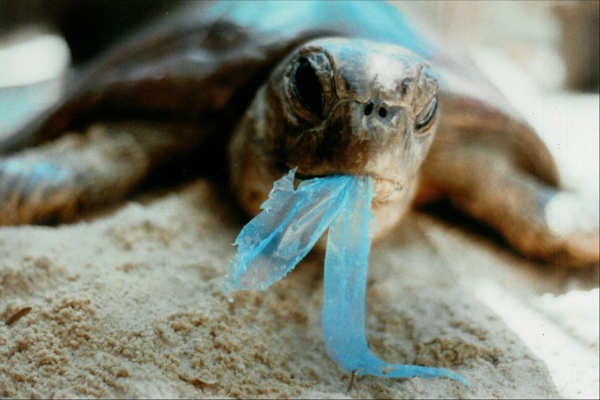 A recent study from Taiwan showed that people who consumed hot soup, which was 90 degrees Celsius when poured into a melamine bowl, did excrete small amounts of melamine in their urine, indicating that melamine from the soup bowl had been absorbed into the body.

Despite these findings, the researcher claimed, it's very unlikely melamine bowls are going to do you any harm. arguing that.:

"There are limits to how much melamine people should be exposed to," he says, "but in terms of the risk of exposure to melamine in hot bowls, the risk is really very low.

"[This study shows that] we can put 90 degree hot soup into a plastic bowl and the melamine you would get from that is 600 times lower than the most stringent exposure limit we have."

In other words, you would have to consume hundreds of servings of very hot soup each day before you exceeded the tolerable daily intake of melamine. But most people would argue they would rather have a zero tolerance to the idea of absorbing plastic into their body at all.

It's important to note, while eating hot food from melamine bowls and plates is unlikely to be a health risk, many melamine bowls are not considered safe for heating food in a microwave. This is because microwaves heat food to extremely high temperatures.

There appears to be even less concern – which has translated into fewer studies !!!!! – regarding leaching of toxins from polypropylene (recycle code 5), the other plastic dinnerware workhorse. Polypropylene bowls and plates are also considered "safe" to use in the microwave. Use ceramics whenever possible.

More in this category: « GMOs ABOUT FOOD & PLASTICS 2: »
back to top