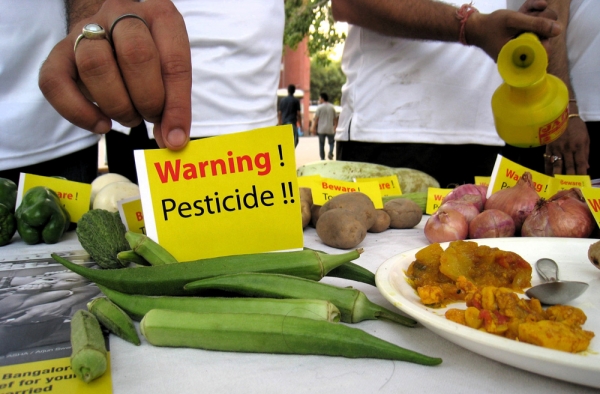 Why do pesticides matter?Children and fetuses are most vulnerable to pesticide exposure due to their less-developed immune systems and because their bodies and brains are still developing. Exposure at an early age can cause developmental delays, behavioral disorders, and motor dysfunction.Pregnant women are more vulnerable due to the added stress pesticides put on their already taxed organs. Plus pesticides can be passed from mother to child in the womb, as well as through breast milk. Some exposures can cause delayed effects on the nervous system, even years after the initial exposure.
Most of us have an accumulated build-up of pesticide exposure in our bodies due to numerous years of exposure. This chemical "body burden" as it is medically known could lead to health issues such as headaches, birth defects, and added strain on weakened immune systems.

More in this category: « Fresh is Best The Magic of Compost »
back to top