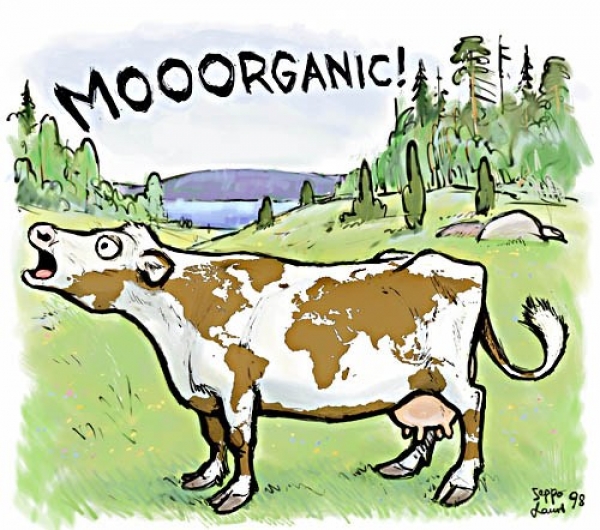 Organic MILK has risen in popularity in large part because of concerns over bovine growth hormone, used to stimulate milk production on conventional dairy farms. The hormone occurs naturally in cows, so the US Food and Drug Administration has argued that use of the hormone "does not change the milk". Few would agree with the idea that's ok to add growth hormones to your cereal in the morning however.

But producers of organic milk are required to allow their cows to spend a certain amount of time grazing on pastures free of pesticides, and that natural diet does produce a noticeable effect on the fatty acids in the milk. Compared with conventional milk, organic milk has been shown to have lower levels of omega-6 fatty acids, which are believed to be unhealthy for the heart in high concentrations, and higher levels of the healthful omega-3 fatty acids. While the Stanford researchers noted that organic milk does have "modestly higher" levels of omega-3 fatty acids, Organic Valley, a cooperative of organic farmers in the USA, says its organic milk shows omega-3 levels that are 79 percent higher than those in conventional milk, as well as much lower levels of "bad" omega-6. The truth is somewhere between but still very positive vote for organic milk. We are just so used to "homogenised", and get a bit put off by the globules of fat in tea when you use organic milk - but this is actually good for you.

More in this category: « Knowledge is Power Organic Lentils »
back to top