Email: This email address is being protected from spambots. You need JavaScript enabled to view it.

Butter or margarine? Play the Devil’s advocate and suggest neither. Butter is clearly not the best sort of fat for our heart health. The saturated fat in butter is not good for us since it tends to raise ‘bad’ LDL cholesterol in blood, increasing our risk of heart disease. So if you love butter the answer is just don’t have too much of it! Enjoy a little on your bread or a skim on your toast in the morning, but use healthier alternatives the rest of the time. Margarine is a modern highly processed invention and not a part of our ancestors or native traditional diets around the world. Even an olive oil margarine is not the same as a Mediterranean-style, olive oil-based diet, and an omega-3 enriched margarine is not the same as a diet high in fish and seafood. So instead brush your bread with olive oil, use a nut spread on toast, use mashed avocado in sandwiches and cook with olive or other healthy oils. Be organic whenever you can to reduce your toxic chemical intake to a minimum.

According to a 10 year study conducted by the University of California, Davis, organic tomatoes are produced in an environment that has lower nutrient supply as nitrogen-rich chemical fertilizers are not added. This leads to excessive formation of antioxidants such as quercetin (79% higher) and kaempferol (97% higher) in organic tomatoes. As we all know, antioxidants are good forhealth and help in reducing heart diseases.

These studies have increased the hopes of numerous people who strongly believe that mankind should stop using chemical fertilizers and pesticides and shift to the more sustainable organic farming practices. There are many studies that prove that there is some pesticide and fertilizer contamination in non organic food, and there are others which claim that organic food is not healthy (they contain harmful bacteria and viruses) because of non usage of strong chemicals. However, none of these studies (showing chemical contamination or presence of bacteria/viruses) do not show any impact on health of individuals. 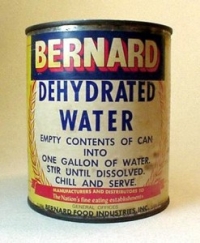 Water ‘cannot be organic’There is no support among Australian authorities for the notion that water can be organic, and a number of standards state that it cannot, including the mandatory standard covering exports. The word ‘organic’ in the context of food and drink refers to agricultural products which have been farmed according to certain practices. The ACCC said water is not an agricultural product, and cannot benefit from such practices so it is “not appropriate to use ‘organic’ to describe it”.

The ACCC’s Compliance and Enforcement Policy lists credence claims (claims that consumers cannot easily verify for themselves) as a new priority area. While in this case there was no indication that consumers paid higher prices for ‘organic’ water than regular bottled water, the ACCC said consumers are often prepared to pay more for products that make credence claims which match their values. 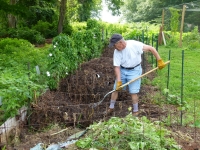 The Magic of Compost

Building fertile soil to grow healthy, productive plants is the organic gardener’s ultimate goal. You can improve the appearance and nutritional value of your garden soil by adding organic waste such as fallen leaves and fresh grass clippings, by composting yard and kitchen waste, and by using castings from earth worms (called vermicompost).The fertility of your soil also can be affected by how often you till the soil and the kinds of mulches you use.

One of the simplest methods of adding nutritious material to your garden beds is by incorporating well composted vegetation directly onto and into the soil. Composting mimics and intensifies nature’s recycling plan. 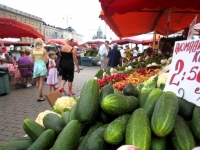 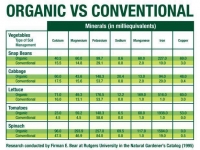